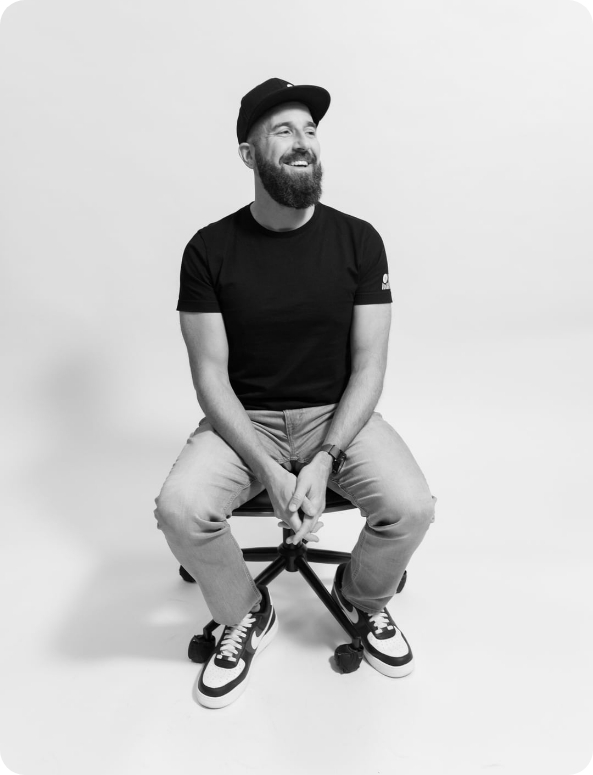 If you were to ask him how it all started, he’d definitely mention that rusty old Chevy Astro and a copy of Small Business for Dummies.

But really, what Paul did was to build and grow a one-man wheel repair business for automotive dealers into a multi-million dollar reconditioning organization. Those companies, Image Auto and Rim Doctor, transcended the one-man show and ended up serving over 150 dealers and dealer groups throughout New York and Pennsylvania.

Congruent sprouted up within that ecosystem as a way to create content that celebrated and promoted the strong culture throughout a team separated by hundreds of miles in a time before Zoom was a thing.

His 2018 book The Automotive Manifesto: How Brand Connection Can Save Retail Automotive has become a trusted resource for the NADA Dealer Academy.

When the Covid-19 pandemic began, Paul conceptualized the first Automotive State of the Union (ASOTU) livestream event to bring critical information and camaraderie to the automotive industry in a time of distress.  From there, ASOTU became the only dealer-owned media publisher, with which Paul works to unite all levels of retail automotive to fully realize its impact and potential in the team members’ lives, our communities, and our nation.

Paul is a prolific contributor on LinkedIn, Instagram, Facebook, and Twitter and is the host of the weekly Clarity Compressed Podcast, which has featured guests such as former Navy Seal Jocko Willink, Carvana CEO Ernie Garcia, New York Times best seller and storybrand CEO Donald Miller, and business marketing master Gary Vaynerchuk. He is co-host of the morning podcast and live-stream show, “The Automotive Troublemaker.”

You will rarely see him walking from one thing to the next. He runs. Literally.

A Philly native, Paul calls Syracuse, NY home with his wife, four children, three dogs, two cats, and whatever other pet his kids can talk him into.